cinemarumah21.com – 36 China Town. Sonia [Isha Koppikar] is the owner of a casino in Goa. A successful entrepreneur, the only love in her life is her son. When the toddler suddenly goes missing, the lady is distraught and distressed. She offers a huge reward [Rs. 25 lacs] to anyone who can trace her son.Raj [Shahid Kapoor] and Priya [Kareena Kapoor], two strangers from different backgrounds, accidentally spot the child and decide to split the reward money given by Sonia. But when they finally reach Sonia’s mansion late at night, they find her murdered!Raj and Priya panic and escape from the mansion. In the confusion that follows, Priya forgets her suitcase in the mansion. Soon, they are the chief suspects in the murder. The cop [Akshaye Khanna] realizes that this isn’t an open-and-shut case, since a number of new suspects show up while the investigations are on. 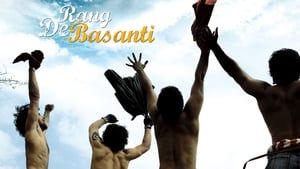